Top 7 Solitaire Strategies Everyone Should Know 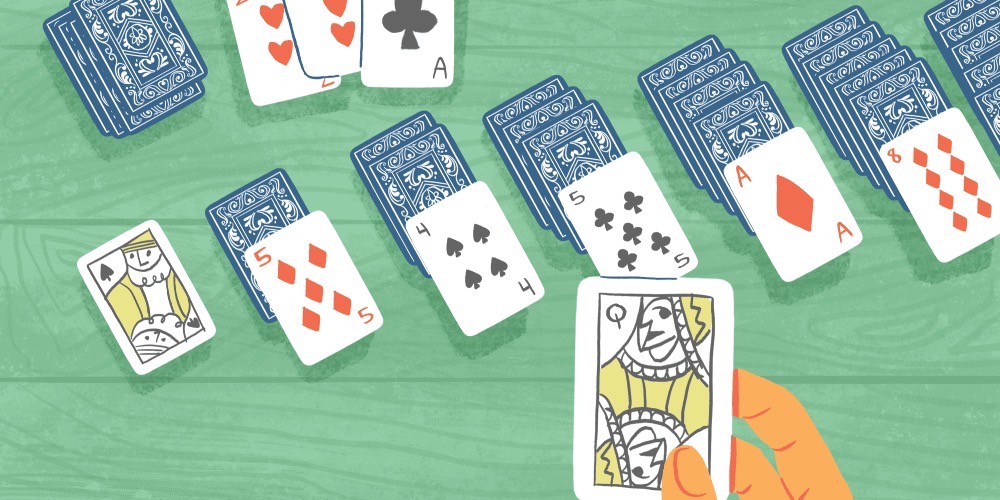 Solitaire is one of the best-known PC and mobile games worldwide. At first, it may appear as one of the most straightforward and simplest games ever. And if you don’t want to bother yourself with being great at it, you can treat it like that. You can play it simply by simply abiding by its rules and don’t bother with winning.

On the other hand, if you are a competitive type of person and you want to win as often as possible, you will want to check out these tips that can maximize your chances of winning.

Emptying piles or a tableau spot with the sole purpose of freeing that slot is a rookie mistake. The thing is, there is no point in emptying the slot unless you have a king to fill it with. If you don’t have a king, the entire column will be blocked until you come across a king from the other cards. As it often happens, finding a king to fill the spot can take quite a time.

The best and most effective tactic for exposing hidden cards is by taking on columns with large stacks first. Hitting those columns as fast as possible often means a better chance of revealing useful cards.

#3 Always start with the deck cards

This might sound a bit simplistic, but it is a common mistake among solitaire players as they start moving cards before they flip over the first hidden card within the upper deck. Without excuse, your first move should always be flipping over this card since it can present you with a new set of options. And options are what matters most in solitaire.

#4 Mind the color when filling a slot

Always mind whether the color of the king when filling an empty slot as it can have many implications further down the game. You should always consider the Jack and Queen cards that are available to you and which you can use going forward.

Moving cards from one to another pile might look like fun and that might bring some benefit to your game, but often is the most counterproductive thing to do. Locking a valuable card or cards behind lower cards just for the sake of it, without a clear benefit often leads to also locking yourself out of winning. The point being is to simply not make piles without seeing the benefit first.

#6 Play every revealed ace instead of drawing more cards

Aces will always find their path to the foundation and deuces often follow. This is one of the best moves you can do. So, whenever you draw an ace from the stockpile, play it, don’t just keep on drawing more cards.

#7 Be mindful about building your aces to the upper foundation

Even this sounds a bit counterintuitive, it is based on solid reasoning. Cards moved into those stacks often cannot be recovered and deployed elsewhere where they are more needed. This is often crucial in the later stages of the game.

Here is why glamping tents are a must experience

Should You Trust a Coupon Site?